Representing "the best of emerging early music talent" (Early Music America), the Costanoan Trio explores the piano trio repertoire of the late 18th and early 19th centuries on period instruments and attempts to recreate the world of domestic music-making in intimate concert spaces. Based in the San Francisco Bay Area, founding members Derek Tam (fortepiano), Cynthia Black (violin), and Frédéric Rosselet (cello) played together in various ensembles before deciding to become a trio.

The Costanoan Trio takes its name from the Spanish word for the San Francisco Bay Area natives, coined in the second half of the 1700s when Western culture was being brought to the “new coast” while early classical music was being composed on another continent.
ARTISTS

Praised not only for his "deft" conducting (San Francisco Chronicle​) but also as a "a master of [the harpsichord]" (San Francisco Classical Voice) and "the fortepianist of the beguiling fingers" (Bloomington Herald-Times), Derek Tam appears regularly throughout the Bay Area and beyond as a conductor and historical keyboardist.

Tam performs with some of the nation's leading period ensembles, and is a founding member of MUSA, a Baroque chamber ensemble, as well as the fortepianist for the Costanoan Trio.

He is the Director of Music at First Church Berkeley, and also serves on the board of Early Music America. He is also the executive director of the San Francisco Early Music Society, a major advocate for early music in the United States and the presenter of the biennial Berkeley Festival & Exhibition. 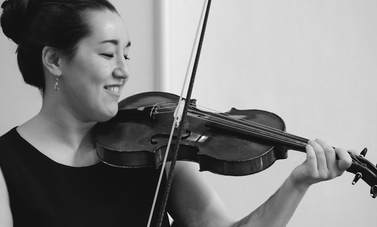 Born in Dallas, Texas, Cynthia Keiko Black enjoys performing as a violinist and violist playing music from several centuries. She holds modern viola degrees from the Cleveland Institute of Music studying with Robert Vernon and Lynne Ramsey. After becoming entrenched into the world of early music, Cynthia stayed in Cleveland to complete a doctorate in Historical Performance Practice at Case Western Reserve University studying with Julie Andrijeski.

In the Bay Area, she can be seen performing with the American Bach Soloists, Valley of the Moon, Ars Minerva, and Voices of Music, and will be making guest appearances with Pacific MusicWorks, the Atlanta Baroque Orchestra, and at the Helicon Foundation. She currently teaches private lessons at the Crowden School’s Community Program and maintains a small studio of students at her home in Berkeley. In her free time, she enjoys being in the kitchen making ice cream and bundt cakes and trying to make people laugh. 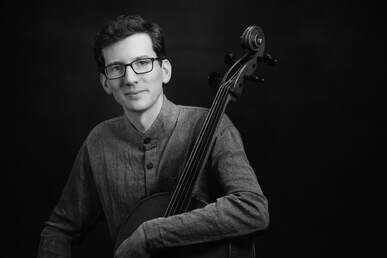 Equally at ease on modern and period instruments, he enjoys exploring new repertoire for the cello and discovering early works on baroque cello and viola da gamba. Frédéric studied at the Conservatory of Lausanne (his hometown), the Hochschule für Musik in Basel and the Schola Cantorum Basiliensis, then obtained his Doctor of Musical Arts degree from the University of Southern California. He has mainly benefited from the teachings of cellists Ralph Kirshbaum, Rafael Rosenfeld, David Geringas and Bill Skeen. He currently lives in San Francisco and is on faculty at Santa Clara University.